In the last year of the Super decade, WWF experts share their journeys in conservation and reflect on how the needle has moved on environmental issues over the years.

Helena Wright is a Vice President of Asia Sustainable Finance at WWF. She is based in Singapore. 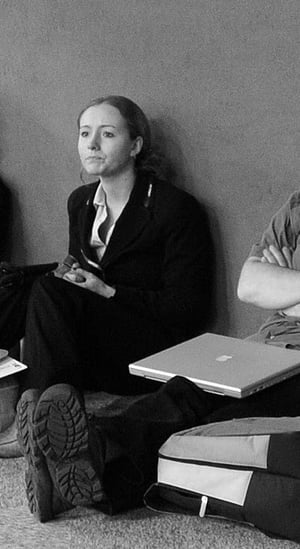 When I attended the Copenhagen UN Climate Conference in 2009, as an activist and 'youth' environmentalist, we were optimistic that the 1.5C degree climate goal could be achieved. I remember that there were stickers stuck around the conference centre saying "1.5C to stay alive" in solidarity with the delegations from small island nations threatened by sea level rise. I attended the 2009 UN climate conference with a team of 'youth' delegates and there was a great sense of optimism that governments would come together to limit the temperature rise within the next few years. We were optimistic that governments will be able to sort this out and protect vulnerable ecosystems and communities. But to our disappointment, the Copenhagen Accord said countries would “consider” limiting temperature rise to less than 1.5 degrees. In the ten years that followed, scientists continued to warn about catastrophic risks of climate change - particularly the evidence from the IPCC Report in 2014 which I helped to work on. However, climate change was hardly ever mentioned in the mainstream media, and billions of dollars of public money continued to go to fossil fuels.

Photo above: Helena at the UN Copenhagen Climate Conference as a youth activist in 2009

Ten years on, in 2019, the climate emergency finally started to get the attention in the global media partly owing to the "Greta effect" as well as the near-constant stream of news about climate-related disasters such as cyclones and wildfires. Today, while  the conversation has changed, the 1.5 degree climate goal gets ever-harder to achieve with each passing year and global emissions are still rising. Fossil fuel expansion has not halted - meaning we are still digging for fossil fuels as the world burns. However, on a more optimistic note, major companies, investors and central banks are starting to take the risks of climate change seriously. My hope for 2020 is that fossil fuel subsidies and investments in new fossil fuel expansion finally cease. The IMF estimated in 2019 that global fossil fuel subsidies, meaning public support to fossil fuels, are still an eye-popping $5 trillion - more than 6 percent of global GDP! Shifting these finance flows must be a top priority in the run-up to the COP26 Climate Conference in 2020.

Photo above: Helena at the UN Framework Convention for Climate Change CoP 23 negotiations in 2017

James Gordon is the Interim Forest Advisor with WWF-UK. Originally from Kent, UK, he spent most of the 1990s and early 2000s working on the conservation of trees on farms and in fragmented landscapes in Mexico and Central America. 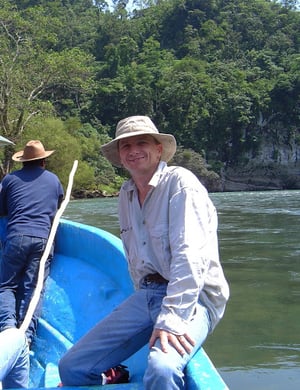 My first taste of conservation was in 1990 as a volunteer on a research project that involved logging a patch of Costa Rican rainforest. The logic was ‘use it or lose it’ - you can’t protect every forest but using them sustainably was a possibility. In this sense conservation had already moved on to encompass much more than just National Parks towards an understanding of the intrinsic link between people and nature.

Over the years, the need to bring local concerns to the fore and see conservation as a development issue gave rise to Integrated Conservation and Development Projects. However, by the early 2000s they were under fire for not delivering as hoped- perhaps because their design made too many assumptions about the needs and motivations of the people who lived in the biodiversity hotspots we were keen to protect. Conservation practitioners lagged behind our colleagues in rural development where participation of all stakeholders had become the mantra. Although the term is vague and apt to be applied in a tokenistic way, it does capture something essential – and make us acknowledge that we, in the conservation NGOs, have to continually learn and review. Hence, over the last decade I have enjoyed being involved in the development and application of landscape approaches with their welcome emphasis on inclusive governance and community-based conservation.

Photo above: James in Chiapas Mexico in 2005 on the Grijalva River whilst on a trip to document local uses of forest resources.

2020 marks my 30th year of working in forest conservation. Looking back, undoubtedly the biggest single change I have seen in conservation has been the gradual integration of climate concerns into almost everything we do. Back at the end of the last century we never worried about the carbon stock in the forest - or how many flights it took to manage a conservation project. Now the double challenge of conserving biodiversity and supporting development has become a triple challenge with the addition of climate change. Forests have their role in this so my guess is forest conservationists will be needed for a few more years yet.

Photo above: James in Lago Taropoto, Colombian Amazon in 2017 working with local people to control access to fish in the Ramsar site.

Andy Cornish is the leader of WWF and TRAFFIC’s  international shark and ray conservation programme, Sharks: Restoring the Balance and is based in Hong Kong. 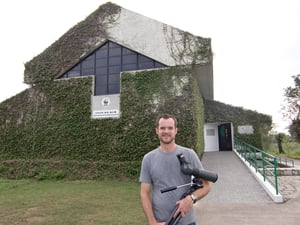 Hong Kong being the world’s largest shark fin trading hub, as the conservation director at WWF, I gave the green light to start an anti-shark fin soup consumption campaign back in 2007. The decision wasn’t easy. We had a shoestring budget and naysayers galore who felt that the soup was so entrenched in tradition that we were “crazy” to try and take on the issue. But we rallied on and campaigned urging companies to sign a pledge to not serve soup at their corporate events. Our efforts bore fruit when by 2010 over 50 companies signed the pledge filling us with optimism. The same year some Hong Kong tourists who were diving in the Philippines found a poor whale shark that had been finned while still alive. The story went viral and caused serious outrage, with young local activists calling for an end to shark fin to the consumption of shark fin. That was a turning point as for the first time we heard Chinese media saying that as culture changes, the tradition of eating shark fin should be confined to the past, as was the case with the once common practice of foot binding. However, we had a bigger battle ahead of us internationally, as the same year, countries narrowly rejected proposals to list six shark species under the Convention on International Trade in Endangered Species (CITES). If passed, those listings would have tightened controls on international trade of fins coming from those species. This was a major setback to our conservation efforts leaving us all massively dejected.

Photo above: Andy with a spotting scope at Mai Po Nature Reserve, Hong Kong in 2008

Sharks and rays are in a far bigger crisis today than I could have imagined 10 years ago, with 99 species critically endangered or endangered, and nearly all of these caused by overfishing. Populations of some species such as oceanic whitetip shark have plummeted so drastically that no international trade in their products should be allowed. While Hong Kong still holds the title of the world’s biggest shark fin trading hub and local consumption remains unsustainably high, we have made a lot of progress here in Hong Kong and beyond through Sharks: Restoring the Balance. Started in 2014 by WWF jointly with TRAFFIC, Sharks: Restoring the Balance is a global shark and ray conservation programme present in 20 countries across six continents. The good news is that we have most of the solutions and expertise to fix this shark crisis. I sincerely hope that in 2020 we are able to scale up our efforts fast enough to stop these magnificent animals from disappearing.

Photo above: Andy at the Tubbataha Natural Park in the Philippines in 2018.

Cristina Eghenter is the Deputy Director for Social Development at WWF-Indonesia, and Program Manager for Indigenous Peoples and Local Food Systems. In her almost 20  years with WWF, she has played a pivotal role in efforts aimed at improving governance and equity of natural resources by integrating and strengthening social and development dimensions into conservation initiatives.

Over twenty years ago, I joined WWF-Indonesia, entering the world of conservation in Indonesian Borneo which shaped my outlook on conservation.

I am an anthropologist by training. I was always of the view that conservation was a social process that relied on the interactions of people with natural resources, and a special social contract of indigenous peoples with nature. I found a progressive WWF-Indonesia but one  that was still struggling to re-center conservation around green enterprises and community-based governance. The research project I was part of, and my two years of living in a longhouse in the interior of Borneo, had shown me that Indigenous people conserve nature and regulate its use based on customary law and local knowledge. They taught me that hill rice cultivation is a cyclical regime of forest and swiddens to sustain communities and enrich the tropical forest. They told me stories of hunters who are the best forest guardians and knowledge keepers. The elders convinced me that solidarity in the community and across generations is the key to resilience against climate disasters. ''People'' needed to be in the picture of conservation, not as objects and targets, but as conservation actors and champions.

Photo above: Cristina at the Indigenous and Community Conserved Areas and Territories (ICCAs) Symposium in Jakarta in 2010.

Twenty years on, in 2020, conservation is dramatically shifting focus and priorities. Efforts are underway to make conservation more inclusive by recognizing Indigenous Peoples and local communities as rights holders and partners in conservation. In WWF, the Social Development for Conservation community of practice, field practitioners and social equity experts are leading the change. Our work addresses equity and power issues and not just community needs. The global conservation initiative, People Protecting Landscapes and Seascapes, is the most recent flagship of the people-centered and human rights-based conservation journey. It is also the long overdue recognition of a lot of field conservation work with community partners, designed to empower people’s rights and strengthen their voices in sustainable resource governance. The journey has just begun but there are already many inspiring success stories coming out from the global south which are testimony to the fact that conservation and sustainable agendas need to go hand-in-hand for people and nature to thrive.

Photo above: Cristina at a OECM workshop at the Asean Center for Biodiversity in Los Banos, 2019

2020 presents an unmissable opportunity. In only a few months' time, world leaders will come together during major global conferences to set the environmental agenda for the next decade and beyond. Important decisions will be made on climate action, nature, and sustainable development – decisions that will directly affect the fate of humanity for years to come.

👉 Add your Voice now in support of our planet and help us build the global momentum we need to change the direction of these crucial conferences later in the year!