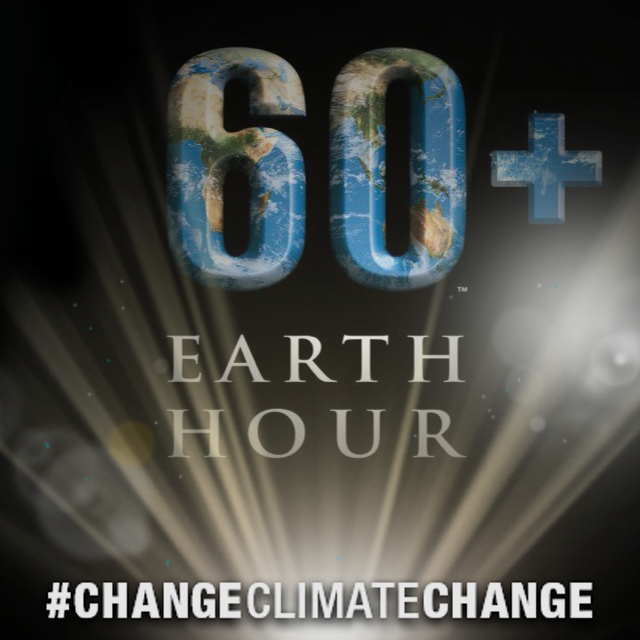 17 MARCH 2016, SINGAPORE – WWF’s Earth Hour will roll across the globe on Saturday, 19 March 2016 at 8:30 p.m. local time, uniting individuals, communities and organizations in an unprecedented 178 countries and territories. Earth Hour is a global moment of solidarity for climate action and comes only months after governments agreed a new global climate deal.

As the lights dim in homes, offices and landmarks, the world’s largest grassroots movement for the environment will once again bring together millions of people to shine a light on climate action and the role people can play in global efforts to change climate change.

“The world is at a climate crossroads,” said Siddarth Das, Executive Director, Earth Hour Global. “While we are experiencing the impacts of climate change more than ever, we are also witnessing a new momentum in climate action transcending borders and generations. From living rooms to classrooms and conference rooms, people are demanding climate action. This tenth edition of Earth Hour is our time to ensure people are empowered to be a part of climate solutions.”

This Saturday, as more than 350 of the world’s most iconic landmarks such as the Eiffel Tower, the Empire State Building, Taipei 101 and the Sydney Opera House prepare to switch off their lights, individuals around the world will switch on their power to make climate change history. From lending their voice to the planet through Earth Hour’s ongoing ‘Donate Your Social Power’ campaign, to signing petitions for climate policy and making individual pledges for sustainable living, millions will celebrate their potential to help build a better future for the planet and future generations.

“Earth Hour reminds us that while people are on the frontlines of climate change, they are also our first line of defense,” said Das. “Our actions today, as individuals and the global community, have the power to transform what the world will look like for generations to come -- the time to act against climate change is now.”

To date in 2016, Earth Hour has powered more than 530,000 individual actions taken to help change climate change. Whether it is rallying individuals to participate in reforestation efforts in Georgia and Indonesia, promoting a switch to renewables in Uganda and India, spreading awareness on sustainable food in Italy and Australia or encouraging sustainable lifestyles in Chile and China, WWF and Earth Hour teams across six continents are harnessing the movement to mobilize public action on climate change in the lead up to the hour and throughout the year.

This year, supporters have also been invited to share their commitment to the planet by donating their own personal landmarks – their Facebook feeds and social media profile pictures – to Earth Hour to inspire their friends and communities to join the movement.

“Whether it is the flick of a switch or the click of a mouse, Earth Hour’s enduring appeal lies in its ability to connect people and show them that we all stand united in our ambition to change climate change,” added Das.

Since 2007, Earth Hour has mobilized businesses, organizations, governments and hundreds of millions of individuals in over 7,000 cities and more than 170 countries and territories to act for a sustainable future.

Earth Hour 2016 will be celebrated on Saturday, 19 March 2016 between 8:30 and 9:30 p.m. local time. Log on to www.earthhour.org for more stories and articles on teams using the Earth Hour movement to shine a light on climate action. This is our time to change climate change.

Link to photos on Earth Hour activities around the world: https://www.flickr.com/photos/earthhour_global

To request footage from Earth Hour events and lights out around the world: rucha@earthhour.org