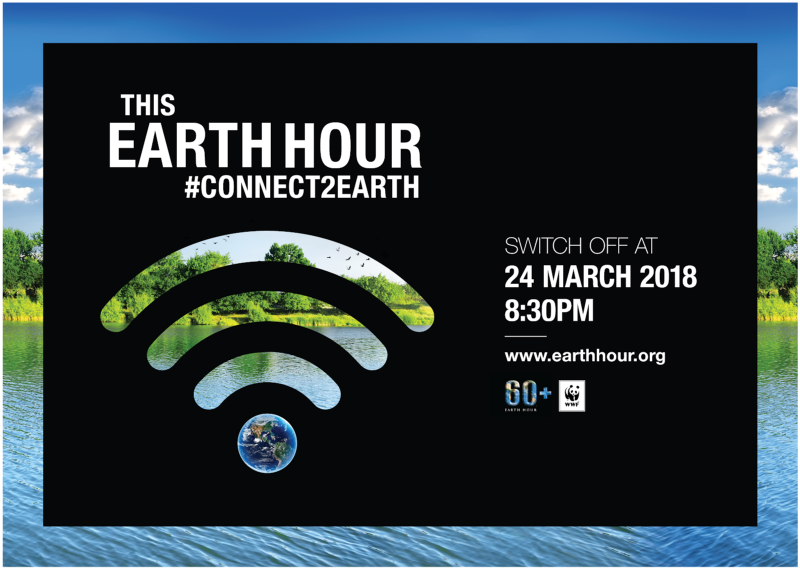 I’ve always been grateful that my job as Executive Director, Marketing and Communications at WWF International gives me a front row to witness the impact that we have on issues related to ‘our way of living’. One such issue that I grapple with on a daily basis is the alarming loss of nature. The evidence continues to mount and the facts are terrifying:

Global wildlife populations are heading towards a 67 per cent decline* by 2020! If we continue to mismanage freshwater and the glaciers, mountains and forests that feed our rivers, almost half the world’s population will be living under severe water scarcity by 2030. Today, 90 per cent of the world’s fish stocks are already either fully fished or overfished.

An oft misunderstood word is ‘Biodiversity’. Biodiversity forms the foundation of healthy forests, rivers and oceans. Take away species, and these ecosystems will collapse along with the clean air, water, food and climate services that they provide us.

Since 2007, Earth Hour has helped bring climate action from conference rooms to living rooms. It has played its part in engaging the public in a fairly complex topic — an engagement that was essential to help drive the decision makers to their Paris moment.

Now is the time to do the same for biodiversity and nature, which underpin the goals we have set ourselves for climate action and sustainable development.

This Earth Hour, we invited hundreds of millions of supporters and global networks to switch off their lights in solidarity, “#Connect2Earth” and spark conversations on the loss of nature around them. That could be ‘not using single use plastic’, or understanding where water comes from or not wasting food. The connect2earth.org platform allows for an overview of these global conversations.

People responded in the hundreds of millions. Individuals, businesses and institutions in a record 188 countries and territories worldwide joined Earth Hour to spark unprecedented conversation and action on stopping the loss of nature. Close to 18,000 landmarks switched off their lights in solidarity as people across the globe generated over 3.5 billion impressions of #EarthHour, #connect2earth and related hashtags to show their concern for the planet. The movement trended in 33 countries on Twitter — a landmark reserved for topics and issues that enter the mainstream.

From Colombia to Indonesia to Fiji, Earth Hour 2018 mobilized people to join efforts to protect forests and mangroves. In Romania, hundreds of people showed their commitment to safeguarding nature by writing symbolic letters to rivers, forests and wildlife. In Africa, 24 countries celebrated Earth Hour to highlight the most pressing conservation challenges they face such as access to renewable energy, freshwater resources and habitat degradation.

This is the result of people, organizations and communities coming together — at the grassroots in communities, in cities, nationally, regionally and globally. One such global partner is the World Organization of the Scout Movement who share the objectives on nature with us and the global movement. The energy and voices of 50 million Scouts worldwide helped send a resounding message to decision-makers worldwide that the time to act on nature, for nature — is now! We need more alliances, consortiums, ideas. If you share the passion and recognize the necessity to address the loss of nature, please do send me an email at ssaronwala@wwfint.org to explore a partnership.

Last but not the least, I have to thank the teams around the world, the fantastic volunteers and the incredible interns who made it possible to deliver a landmark Earth Hour and spark conversations about the need to address the loss of nature.

Sudhanshu Sarronwala is the Executive Director, Marketing and Communications for WWF International. He is based in Singapore and can be found at ssarronwala@wwfint.org and @sudscor