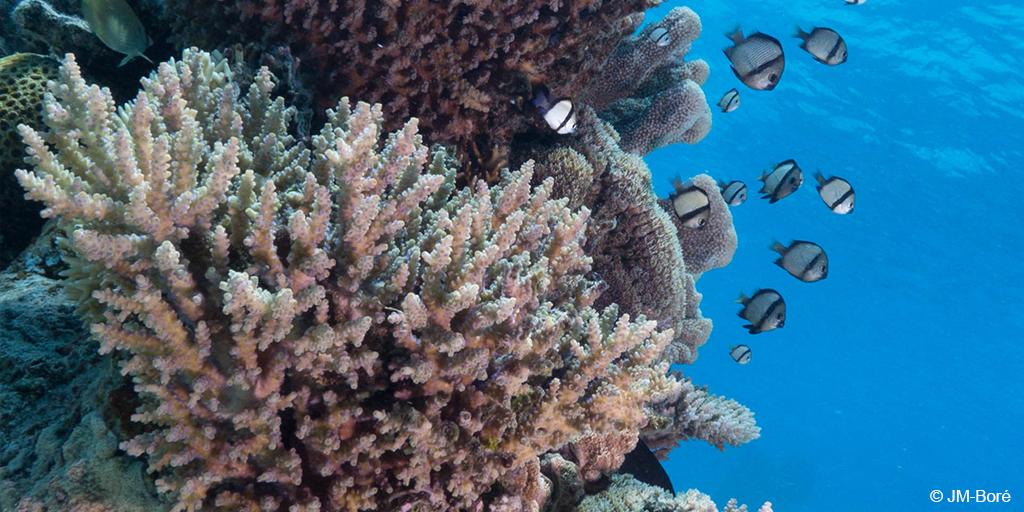 NOUMEA, 14 August 2018 – The New Caledonian government has announced the highest possible levels of protection as defined by the IUCN (International Union for the Conservation of Nature) for its near-pristine coral reefs. The classification of all New Caledonia’s offshore, healthy reefs as Strict Nature Reserves or National Park means that all types of extraction, including fishing, will be strictly prohibited, and tourist activity will be rigorously controlled. WWF is delighted with this listing, for which it has been advocating for many years.

WWF believes this announcement must be seen in the context of the setting up of an ambitious management plan for the Natural Park of the Coral Sea. The Park, an enormous conservation zone of 1.3 million km² (about 380,000 square nautical miles), was created in 2014. It is an important place for nesting of sea birds and green turtles, and a breeding ground for humpback whales around Chesterfield and Bellona reefs. WWF actively supports the Natural Park of the Coral Sea, in particular on efforts dedicated toward the protection of its emblematic species.

Hubert Géraux, Manager, New Caledonia Office, WWF-France, said,“We welcome New Caledonia’s announcement of the classification of its near-pristine coral reefs. These ecosystems are full of life - the ocean’s equivalent of tropical forests - and France, through its overseas territories, carries an international responsibility for their protection. Having taken this initiative to protect these ocean gems, we now expect the government to follow through with additional surveillance and stricter regulation of tourism and shipping.”

Subject to numerous threats, particularly from climate change, pollution and overfishing, coral reef habitats globally are at more risk than ever. The world has already lost about half of its shallow water coral reefs. 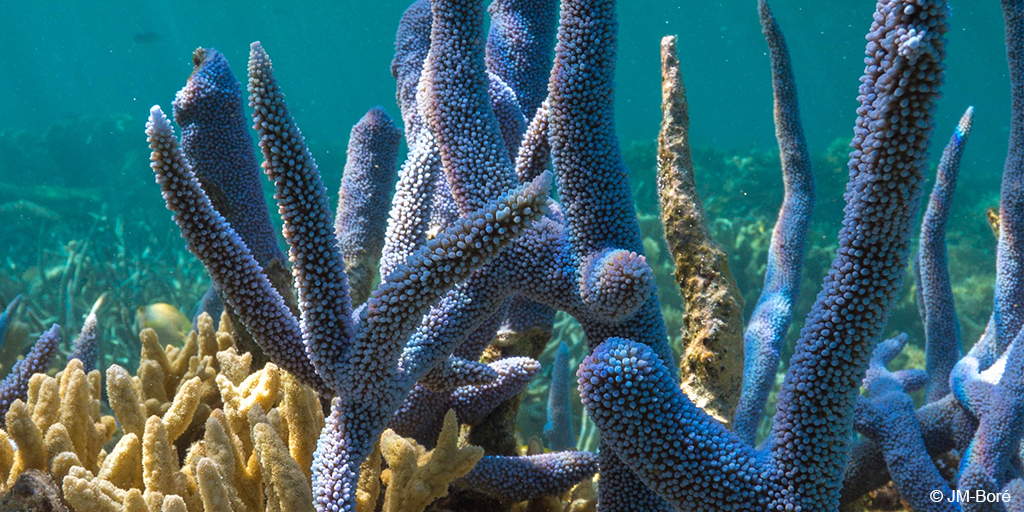 John Tanzer, Leader, Oceans, WWF International, said, “This is the kind of leadership we need to see in coral reef conservation and we applaud it. The evidence is clear that coral reefs are in steep decline around the world so it is most encouraging to see the magnificent and important reefs of New Caledonia receiving such strong levels of protection. With good management, these marine protected areas will help maintain fish populations and ecosystem health that will build the reef’s resilience to the impacts of climate change in future. This leadership must inspire similar action by other governments.”

New Caledonia has control over many of the world’s last remaining near-pristine reefs, entrusting France with a responsibility to protect these ecosystems and an opportunity to show global leadership.

WWF will continue to work toward ensuring the New Caledonian government initiative is followed through with enhanced surveillance of these exceptional but remote sites, particularly against incursions and plundering by illegal fishing vessels. In addition, WWF urges that stricter regulations be implemented to prevent shipwrecks and pollution, and that the conditions under which nature-based tourism activity is permitted be on par with the conservation requirements of this exceptional natural heritage.